I’m not sure what I expected when I paid off my student loans. A nice note from the bank, I guess. A form letter from the Secretary of Education. I didn’t think I’d receive a gift basket, a trophy, a ribbon. But I thought I’d get something.

Partly, I wanted some recognition that I’d done my part to lower a couple of the scariest statistics that get bandied about about higher education: that there’s some $1.35 trillion in outstanding student loan debt, owed by some 43.3 million Americans. (One less now, dammit.) That the average amount of debt per borrower is $28,000. That the average debt per graduate student is $57,000.

At the very least, I wanted a confirmation from the two companies servicing my loans – Nelnet and Navient – that I was actually in the clear.

It’s been three weeks since the final payments have cleared the bank. I’ve logged into my student loan accounts a couple of times since then, just to make sure that my debt actually zeroed out and that new debt hasn’t appeared. (You never know with financial aid bureaucracy, right?) I didn’t get any emails this month reminding me to make a payment – a non-notification that must serve, I suppose, as “Congratulations, Ms. Watters, you are student loan debt-free.”

It’s been a decade since I dropped out of school. All in all, I guess I managed to pay my student loans off fairly quickly, even though I spent a couple of years of begging for deferments and even defaulted briefly on one of them.

To be fair, I hadn’t amassed that much debt – I owed roughly $40,000 when I dropped out. I’d attended a community college and a public university in a state with very low tuition in order to obtain my Bachelor’s Degree. The vast majority of the debt I had accumulated came from my time in graduate school, which I left with a Master’s but forever hereafter ABD.

I recently inherited some money from my dad – it’s a long story; I’ll tell more of it as time passes, I’m sure – which I used to pay off everything I owed: all student loan debt, credit card debt, medical care debt. I’m broke again, but I’m debt free. 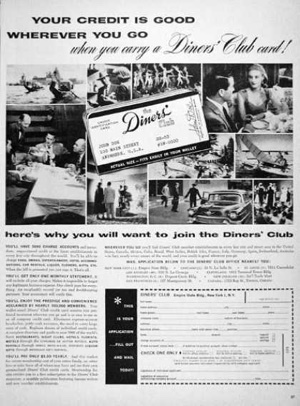 The status of my credit has never bothered me all that much. Sure, I’ve worried when applying for an apartment that my credit score might not be high enough. But those fears have been lumped in with the frustrations of demonstrating, as someone who’s self-employed, that I have sufficient income in the first place. I haven’t really needed a good credit score until recently, when I had to take out a loan to help my son out with some medical expenses and found myself saddled with a 20% interest rate. I also wanted to apply for a particular credit card offer from my bank – a card that was well suited to the amount of international travel I do for my work. (It had a chip, for starters.) And frankly, with the travel I do, I really just needed a credit card, period.

Time to pay attention to my credit score and to try to figure out how to improve it.

Paying off my students loans has apparently adversely affected my credit score. Perhaps that’s why there was no “congratulations” letter.

Or I think it lowered my credit score. I can’t actually tell. When I look at my credit report, it still lists outstanding balances on everything in one place; elsewhere, it indicates that three accounts – two with Navient and one with Nelnet – were just closed. The report doesn’t reflect that I’ve paid off my credit cards; it doesn’t reflect that I’ve paid off that medical loan. It’s certainly no “real-time” snapshot of my debt. If it’s any sort of snapshot at all, the picture is blurry, hard-to-read, out-of-focus, and out-of-date.

I have no idea what’s going on with my credit. Despite various companies that promises data dashboards and “real time insights,” it’s completely opaque to me.

FICO is a software company based in San Jose, California. The company was founded in 1956 as the Fair, Isaac and Company by engineer William Fair and mathematician Earl Isaac, who’d met while working at SRI in nearby Menlo Park. Two years later, they began selling their credit scoring system to American banks. The company went public in 1986 and debuted its general purpose credit score in 1989. By 2014, FICO claimed that its score was being utilized in 90% of lending decisions.

That score is comprised of a number of factors – payment history, length of credit history, amount of debt, types of credit. It’s drawn from consumers’ credit files at the three major credit bureaus: Experian, Equifax, and TransUnion. Nonetheless, it’s a “strange piece of financial alchemy,” as Sean Trainor writes in his history of the credit score, and the algorithm that powers the credit score is not nearly as transparent as it might be.

The credit score purports to offer algorithmic objectivity, and whether its calculation is transparent or opaque, we are told to trust the number; we’re assured that it provides an indication of who can and who will repay their debts. (In fact, its predictions are flawed.)

I have repaid my debts. My credit score remains “poor.” 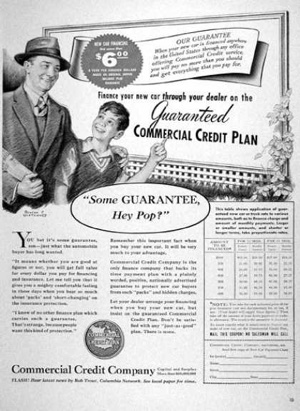 My loans were part of the package of federal financial aid I received, as both an undergraduate and a graduate student. As such, my federal student enabled me to apply for deferment during grad school; I was able to apply for forbearance when I struggled financially after grad school. The interest rates remained fairly low, and what I did pay was tax deductible. I didn’t need a credit check.

Federal student loans are very different than private student loans, which do not offer many of the aforementioned benefits. But many students (and/or their parents) still find themselves taking private loans – disproportionately so at for-profit colleges. After a recent downturn in the number of private student loans, quite likely tied to the credit crunch and the recession, their volume is increasing again.

The private student loan industry has received more venture funding than any other sub-sector of ed-tech so far this year – about $230 million. It’s followed closely by learn-to-code startups and coding bootcamps, which have together raised about $135 million. Their fates – bootcamps and private student loans – are intertwined, no doubt. I’ve described these programs as “the new for-profit higher education,” which much like the old for-profit higher education focus on skills that meet employers’ demands.

Nobody wants to be transparent about any of this. 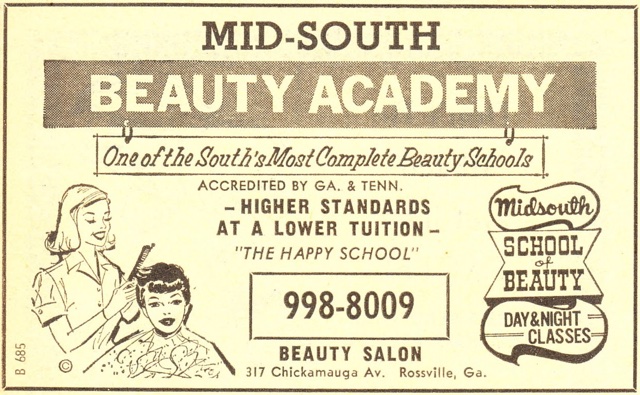 Equifax predates FICO by over 50 years. The company’s roots can be traced to Cator Woolford’s grocery store in Chattanooga, Tennessee. Woolford created a list of customers that he deemed credit-worthy, and he shared that list with other retailers. In 1898, he and his brother founded the Retail Credit Company, and they expanded their lists into the insurance industry, purporting to identify who might be "a risk." The Retail Credit Company amassed files on millions of Americans, detailing not only their financial history but their health, their habits, their morals, their politics.

Concerns about this data and the potential for misuse grew in post-War America, particularly with the development of computer technologies, which as The New York Times cautioned in 1973, “has made it possible to process and circulate huge volumes of personal information at incredible speeds.” In that same article, professors Alan Westin and Michael Baker warn that computers might create a “dossier prison” in which it is impossible to get away from one’s past and start a new life.

Once digitized, our personal data – our financial history and much more – will follow us everywhere.

The 1970s brought about several key pieces of legislation that were supposed to address, assuage these concerns: the Fair Credit Reporting Act of 1970, for example, which promoted the accuracy of credit reporting; the Family Educational Rights and Protection Act of 1974, which promoted the privacy of students’ school records.

These laws, both of which give people the right to correct misinformation in their files, struggle mightily to keep pace with today’s pace and scope of data collection and analysis. 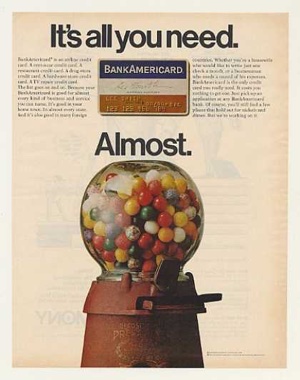 I look at my credit score. I look at the schools I attended; I look at my history of dropping out of them. I wonder what today’s ed-tech algorithms would make of me, what paths the predictive analytics software that schools are urged to buy would steer me down, what degrees and disciplines would be foreclosed, what financing options for my education they’d suggest.

What does it mean to be marked “vulnerable,” “a risk,” “at risk” by these algorithms?

What do these calculations really know about me?

Credit scores and ed-tech algorithms – learning analytics, personalized learning, predictive analytics, whatever you call it – have much in common: surveillance; the sharing of that information, done in the best interest of the institution (not so much in the interest of the student); elaborate grading and rating systems, always designed to exclude. They claim objectivity all the while reinforcing systemic biases.

I’ve paid off my student loans, and I'm relieved whether or not FICO says I should be. The algorithms will still judge me, of course, and they'll never quite let me see let alone settle the score.