Kin and I returned home on Saturday from a week of hiking, retreading some of the treks that he and Isaiah did in 2016 — the summer of "Drone Recovery." This time, our recovery was the focus, I guess. I mean, how the fuck does someone ever recover from the loss of the child? You just have to put one foot in front of the other, as the cliche goes. You just have to keep going, keep living.

Our primary goals on the trip were to ascend Kerby Peak and revisit Bolan Lake Lookout. These were both hikes that Isaiah enjoyed, admitting they "kicked his ass" and times when he had, according to Kin at least, some clarity and even some levity. (There are photos from both of these places that I love: in one he looks out over the valley — blue sky, hope, possibility, future. In the other — a photo that I think was actually snapped by the drone — he is grinning from ear to ear, a rare thing in pictures as in life.) 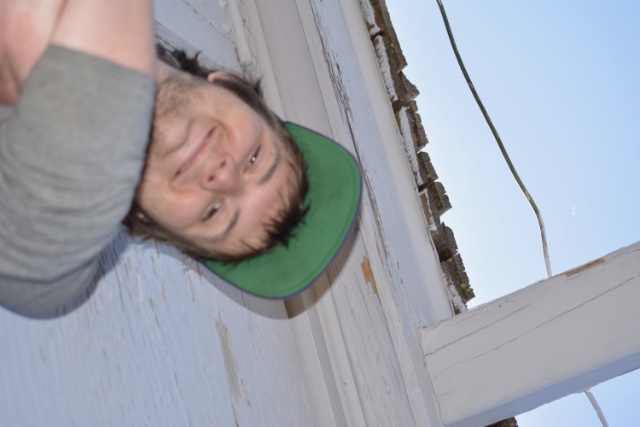 In addition to these southern Oregon excursions, Kin and I also planned to hike as much as we could along the Smith River and down into the redwoods of Northern California. (But "no dogs," many of the trailheads said.) Three nights in Grants Pass, Oregon, three nights in Crescent City, California, and one night in Ukiah.

I won't lie: the Pacific Northwest is just an incredibly painful place for me to revisit. I often dread returning. It's beautiful, no doubt, but there's just so much loss and trauma for me there, as there was for Isaiah too. You can be standing in front of the most spectacular views, but when your heart is all twisted and you can't breathe for wanting to sob or scream, it's hard to look up and look out and look forward. 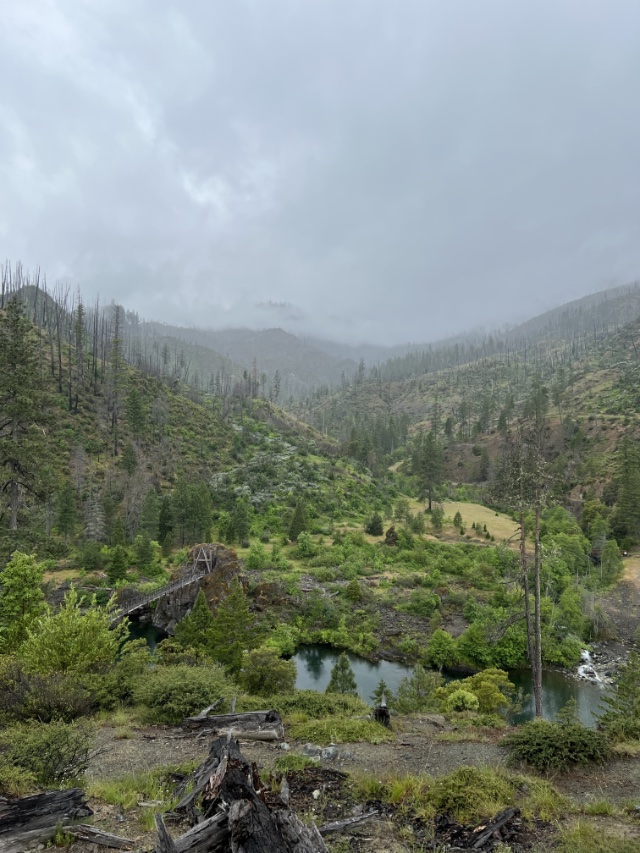 And quite literally, it's always been hard for me to look around. My eyesight, even corrected with contacts or glasses, is just incredibly bad. I cannot see what's right in front of me — something that's always made physical activities like hiking really tough. I struggle to make out the ground beneath me, and I've always been really unsure on my feet. Over the course of the past year, I've worked hard to become much stronger, and I have developed much better proprioception. Even if I cannot see, I have a sense of where my body is at, what my limbs are doing, what muscles I need to enlist to walk and climb and lift and such.

The walking and climbing, particularly up Kerby Peak, was still pretty tough. 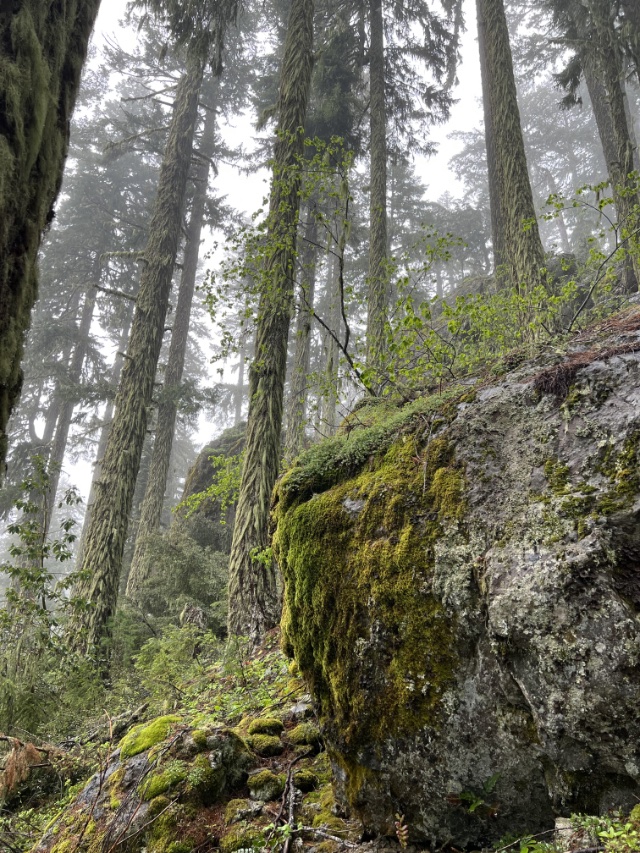 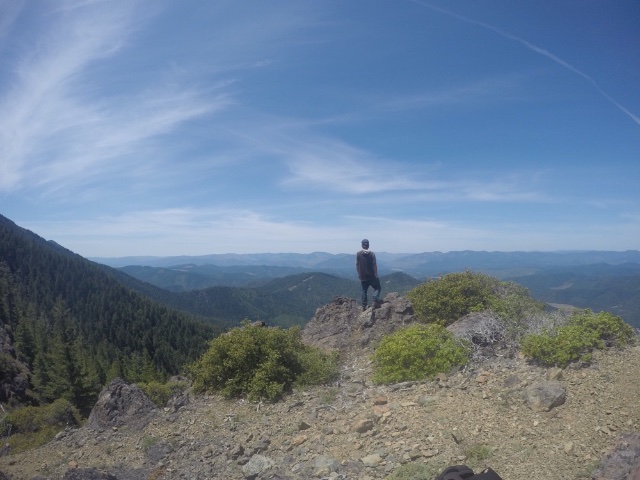 We'd planned to hike Kerby on Saturday but the rain had prevented that; it was still cool and moist on Sunday. When we finally reached the top of the peak, the clouds closed us in. The wind was brutal and cold. There wasn’t anything to see. Desolation, rather than majesty. I sobbed at the summit marker, and then we descended. 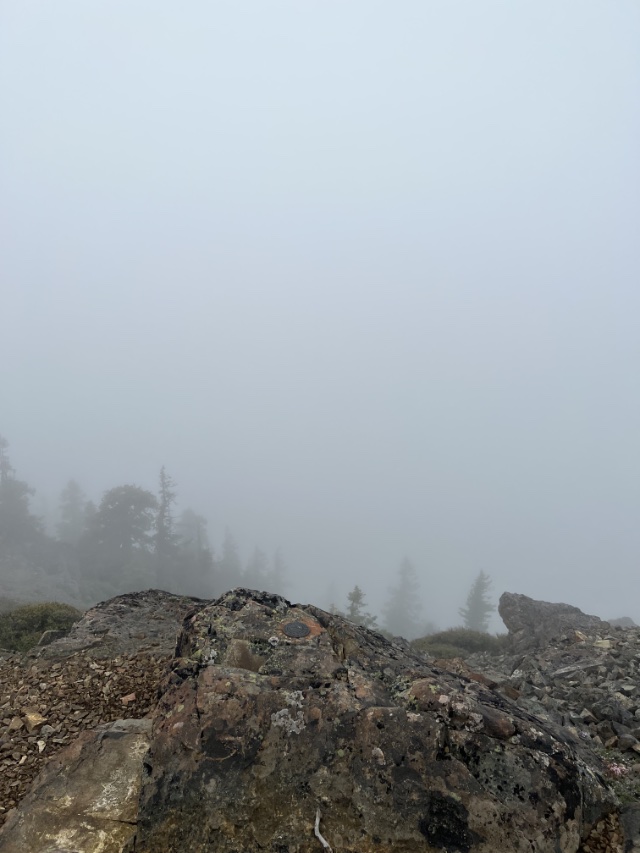 On Monday, we drove to Bolan Lake. But the area had burned — devastatingly so — in the Slater Fire in 2020, just a few months after Isaiah’s death. The lookout, the site of that rare picture of Isaiah smiling, was completely destroyed. Two years later, the area is still scorched. And the road to the lake was closed, a small crew still slowly clearing and salvaging what remained. 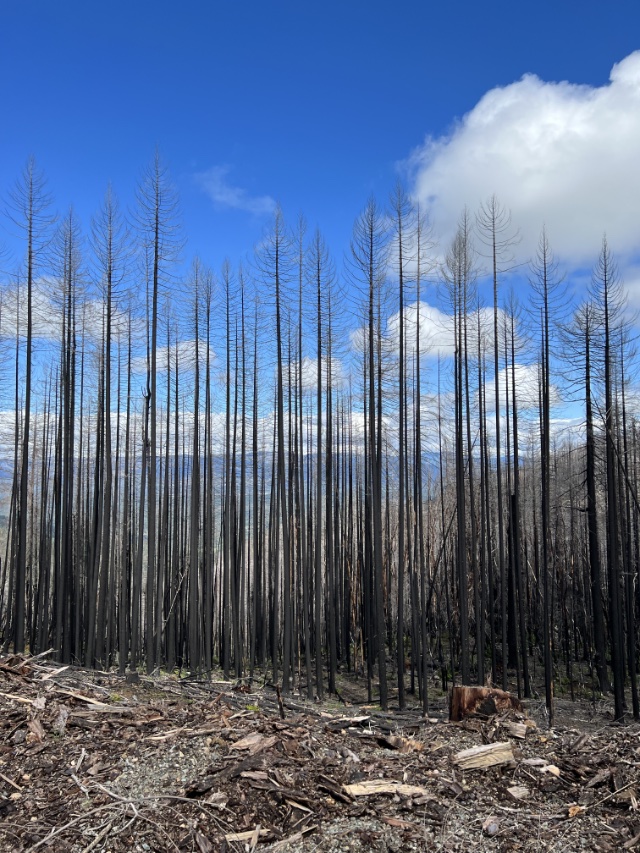 So we drove back across the valley to Babyfoot Lake, another hike Isaiah and Kin had done in 2016. That area, it so happens, had burned during the Biscuit Fire of 2002, and when Isaiah and Kin visited, it was in the early stages of regrowth. It was a place where Isaiah recognized the importance of trail maintenance, Kin says, not just for one’s own passage but for the passage of others and the health of the trail and its ecosystem.

Some twenty years after the Biscuit Fire, one could see even more recovery at Babyfoot. The new growth was abundant. There were so many beautiful wildflowers, some opening in the time it took us to walk in and back out again. Yet the new fir trees were so tiny compared to the giants that had burned. It was, no doubt, a testament to how slowly — how incredibly slowly — recovery from a traumatic event takes. 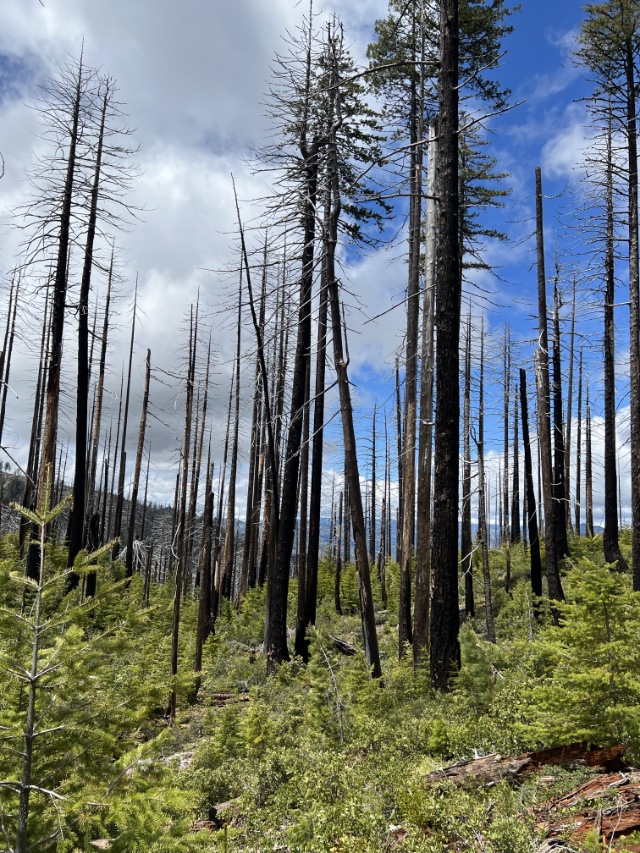 “It’ll never be the same,” Kin lamented, mourning the devastation at Bolan Lake, “not in my lifetime.” Indeed. 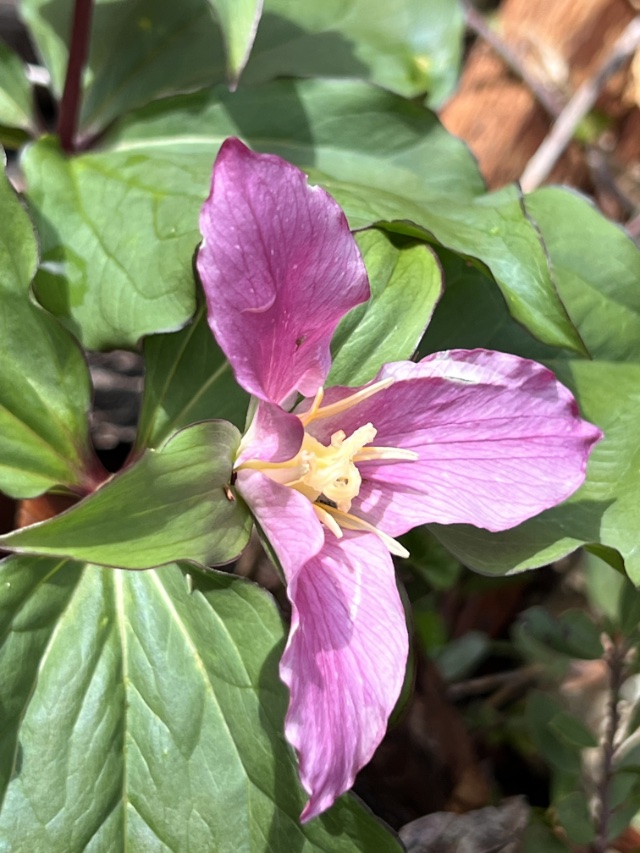 We left Oregon on Tuesday, slowly heading back south. It was a relief to leave the state, hell the whole PNW. There's my pain, and there's Kin's history with the place too.

We drove along the Smith River, then spent a good portion of the afternoon in the Redwoods, once again revisiting some of the places Isaiah and Kin hiked in 2016. Having Poppy along, however, prevented us from accessing much of the hiking in Jedidiah Smith Redwoods State Park. And the park rangers were out in force, bless their hearts. 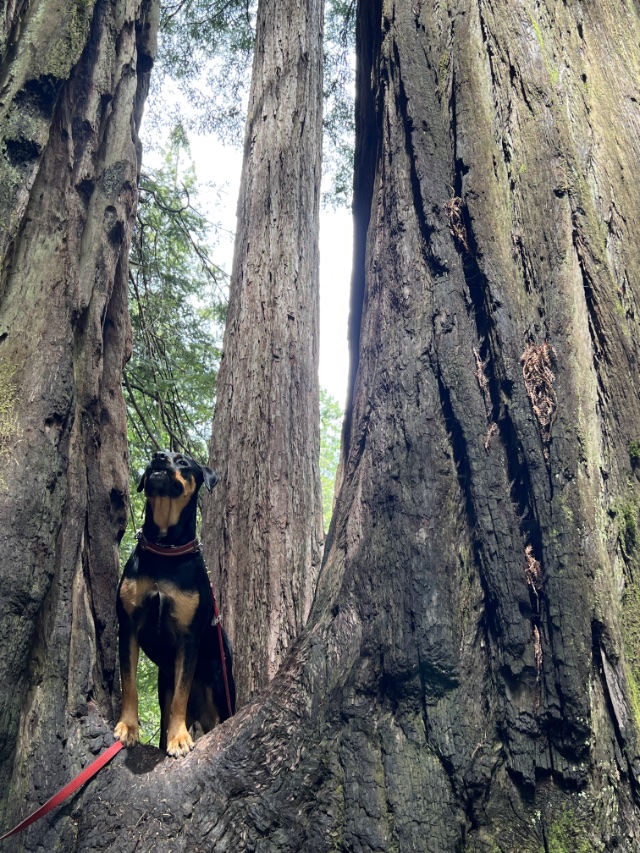 I loved hearing Kin tell stories from their trek — the little vignettes that showcase Isaiah’s personality: “that’s it?!” he said, at the end of the (8 minute) Darlingtonia Botanical Trail. (In fairness, “that’s it?!” is the appropriate response after any hike that comes on the tail of Kerby Peak. I felt it deeply too. Days later, I am still in awe of the experience.) Kin told me about how they'd lost the drone in the forest, how the two of them got lost themselves, opting to leave the trail and worrying at one point they wouldn’t ever find their way back out again before it got dark. And even though Kin and I stayed on the trail, we found ourselves lost in the redwoods briefly too. There's nothing like coming out at the trailhead and realizing “oh shit, this isn’t where we parked the car.”

When I planned our trip and booked hotels, I was a little hesitant about a three-day stint in Crescent City. Kin would always assiduously avoid the city, driving a long route around it — admittedly, through the redwoods. But he said he'd be fine, and I found a hotel that'd accept dogs. And so there we were. The first morning in town, as we walked along Highway 101 to find coffee and a breakfast burrito, he was in a bad mood. But on the way back, we stumbled upon the part of the California Coastal Trail System that skirted the town.

We walked over 13 miles that day in and around Crescent City. We didn’t really retread any of the hikes that Kin and Isaiah did in 2016, except a brief walk up to the Battery Point Lighthouse. (It was in full bloom when the two of them visited. It wasn’t today, plus it smelled like death. “Fish emulsion,” Kin says. Same thing.) 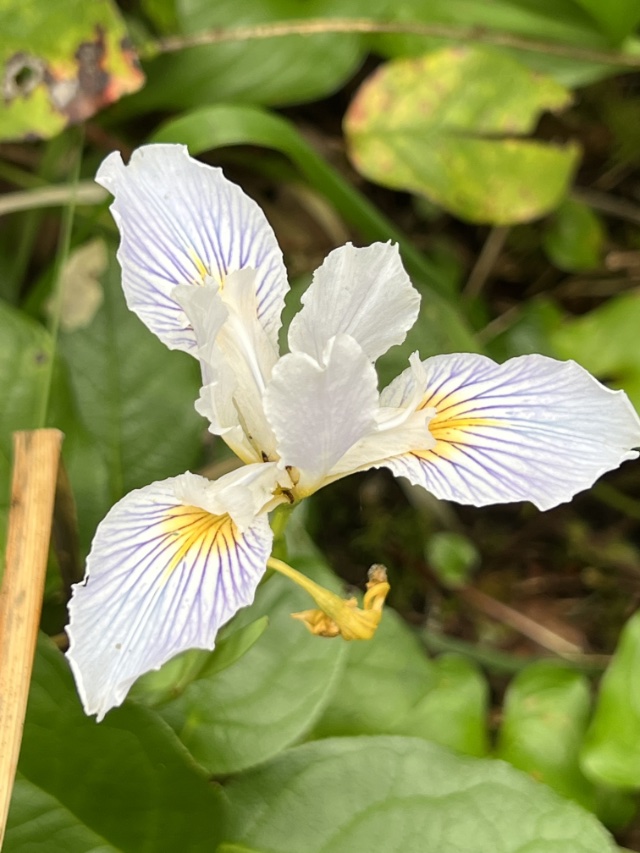 We did see lots of wildflowers on our trek through the Lake Earl Wildlife Area, just north of town. When I think about hiking, I often think about forests and mountains. The wildlife area was marsh and meadows — it was a nice change. It was a beautiful day in unexpected ways. The trail system. The meadows. New and different ways through rough places, through bad memories. 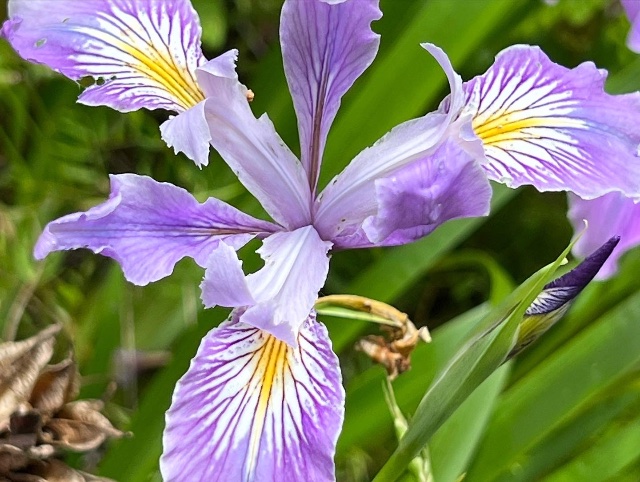 Sometimes you realize that you’re stuck telling a certain story. Reflection helps you recognize that that story doesn’t really serve the person you are anymore. Growth means you can let it go and tell a different story. (Those sentences are about about Crescent City. And they’re not about Crescent City.) 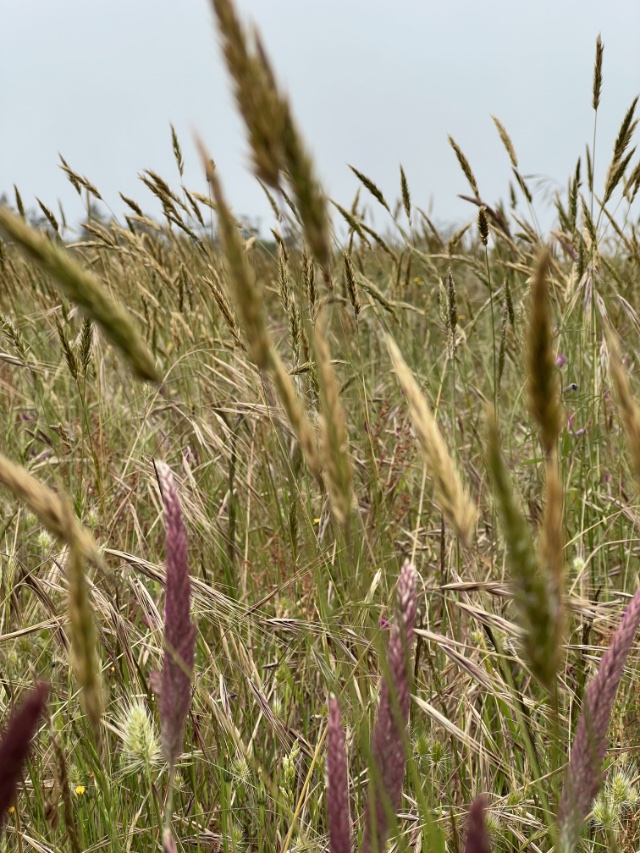 We walked almost 14 miles the following day, most of that along the beach. (I forgot to put sunscreen on the back of my knees and as we were on sand, I walked in my Keens rather than my Hokas, and dammit if my legs weren't sorer from that than from hiking up a mountain. I need to write some shoe reviews and some breakfast burrito reviews, but that's another post.) 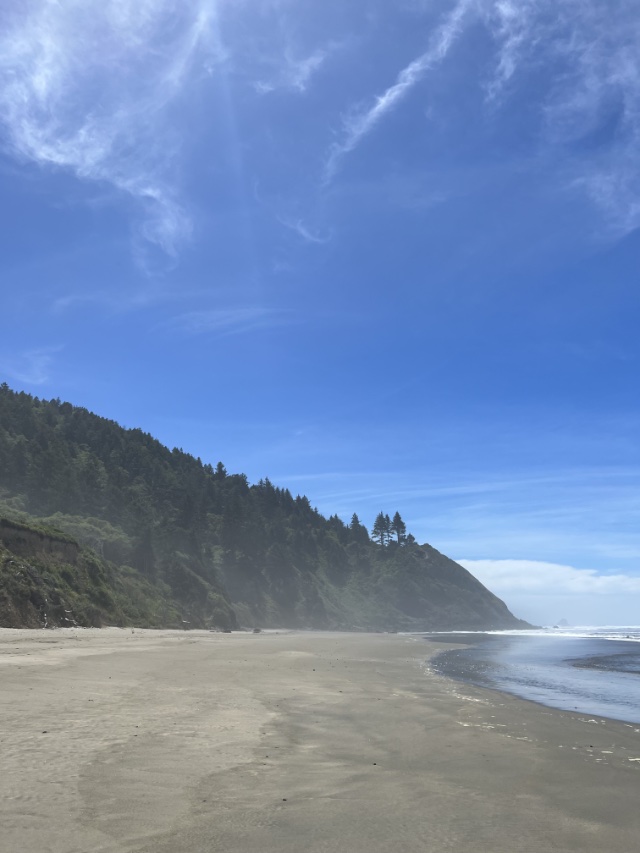 From Crescent City, we drove to Ukiah, a town with roving bands of meth-addled zombies and anti-vaxx protestors. And from Ukiah, we drove back home to Oakland. 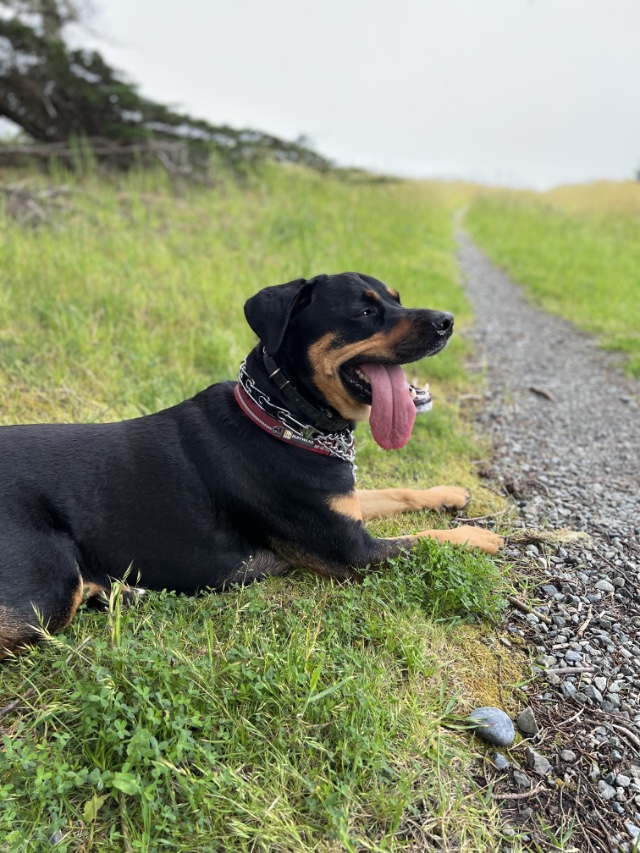